I know that I haven’t posted anything in quite a long time.  Honestly I ran out of steam.  With the way that this year has gone (from everything in the world to everything in my little world), I just lost all motivation to post.  I drastically decreased my baking though still kept up with running (just not to the degree I had been doing it earlier this year).  I didn’t have any races after my Spring ones so didn’t feel the urge to run a ton and post about it.  I did work on increasing my running intensity (doing intervals on the treadmill and outside), which I think is good for my overall fitness.

There have been a lot of other big things going on such as re-doing our entire kitchen and taking up a new hobby.  Since I know this blog isn’t really read regularly or even much at all, I’m going to jot down some notes/thoughts from the past year mostly so I remember it.

Early 2017 involved some big changes at work with new co-workers that I worked with closely.  I enjoyed it as I got to put on a different work hat — that of being a mentor.  Also there were a ton of staffing changes and something I’ve started to be more comfortable with, which is change.  I’ve always been the type to like everything to stay fairly constant.  Change is/was always a scary word to me.  I need to take the advice of my father, who has the philosophy to “go with the flow” (of the river…or life).  I think that at least with regards to work, I’ve become better at adjusting to changes.

The highlight of the early part of 2017 was two-fold.  Japan (see posts: 1, 2, 3, 4, 5, and 6) and the Big Sur Marathon.  While I was sick for the latter half of the Japan trip, it was still such an amazing place to visit and great experience.  The Big Sur Marathon was a bucket-list marathon and I’m still amazed I got in on the first go around with the lottery system.  Even though I bonked (and didn’t have the best taper leading up to the race due to Japan), I still enjoyed the experience overall.  Most likely I’ll never do it again so it was truly a once-in-a-lifetime experience for me.  Plus you can’t beat visiting Monterey/Carmel.

The latter half of 2017 was focused mostly on the kitchen.  At some point I’ll probably put up some posts about it since it was a big part of the year.  I’m happy with the outcome and glad that it is done with.

A trip down to San Diego at the end of the year was a nice way to cap it off as well.  Again, I somehow was sick for this trip as well so even though I didn’t feel the greatest, I still enjoyed it because it is San Diego!

2017 was also a very big music year for us.  We went to a bunch of concerts and they were all great.  It was nice to attend concerts put on by true singers and getting to hear their talent in person.  We saw: Lady Gaga, Depeche Mode, Janet Jackson, Tori Amos.  As you can see, we have very eclectic taste in music.  All the performances were great and I also enjoyed getting to check out the new Golden1 Arena in downtown Sac.  Not sure what concerts we may attend in 2018.

The mood of 2017 overall was not the greatest.  This is mostly focused on what is happening in the world and more specifically with the United States.  I am not one to get into politics but just wanted to comment on how it has had far-reaching effects on my mental health.  It is depressing to see a lot of what is going on.  I am going to try to remain hopeful that 2018 will be a better year for the world and humanity.

I started this blog at first to document my running adventures (race recaps, etc) and it morphed into a baking blog (a hobby I got into in the last few years) as well as a travel/food blog.  I don’t know what direction this will take in the future but I do hope to get back into blogging more (about what is yet to be determined).

No big new year’s resolutions that I can come up with at this time but will leave you with pictures of two animals that don’t care about world affairs and just enjoy life (as I think we all need to do). 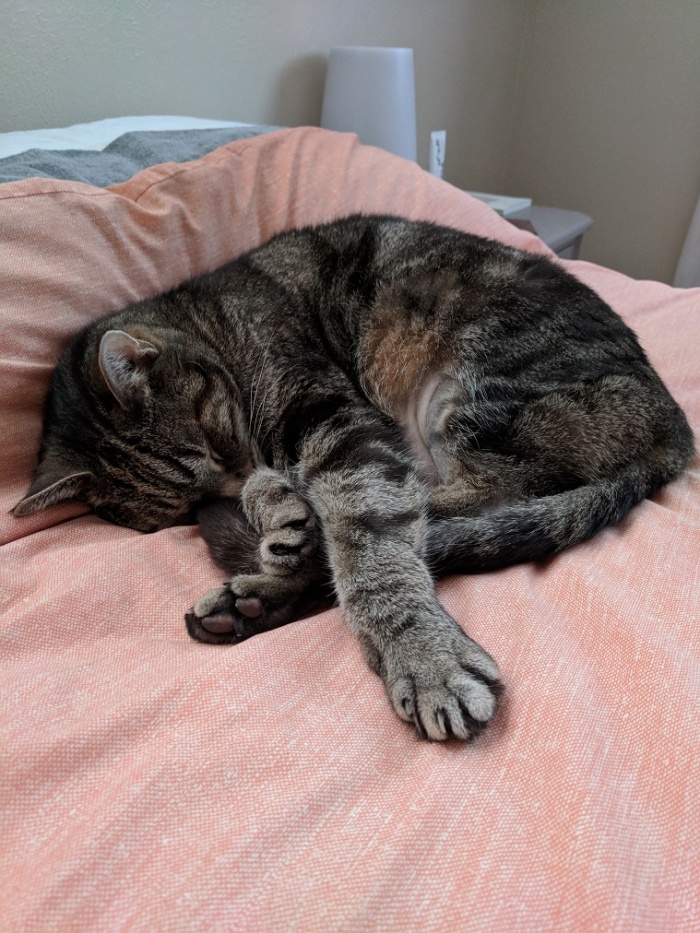