Last month I tried a new pizza dough recipe.  A few months before that, I had read in Men’s Health about an easy pizza dough that did not require hours of preparation (I had been using a no-knead dough recipe that required an 18 hour rise (more details below).  I am always looking for both more efficient and tasty recipes for pizza dough.  My wife enjoys the one I had been making but I am all for tweaking and improving so I decided to try this new (to me) recipe.  I was fairly certain I had left the magazine in a spot in my treadmill room but lo and behold it wasn’t there.  I resorted to trying to google the same recipe and don’t know if it was the exact one I had read about initially but I went with it. 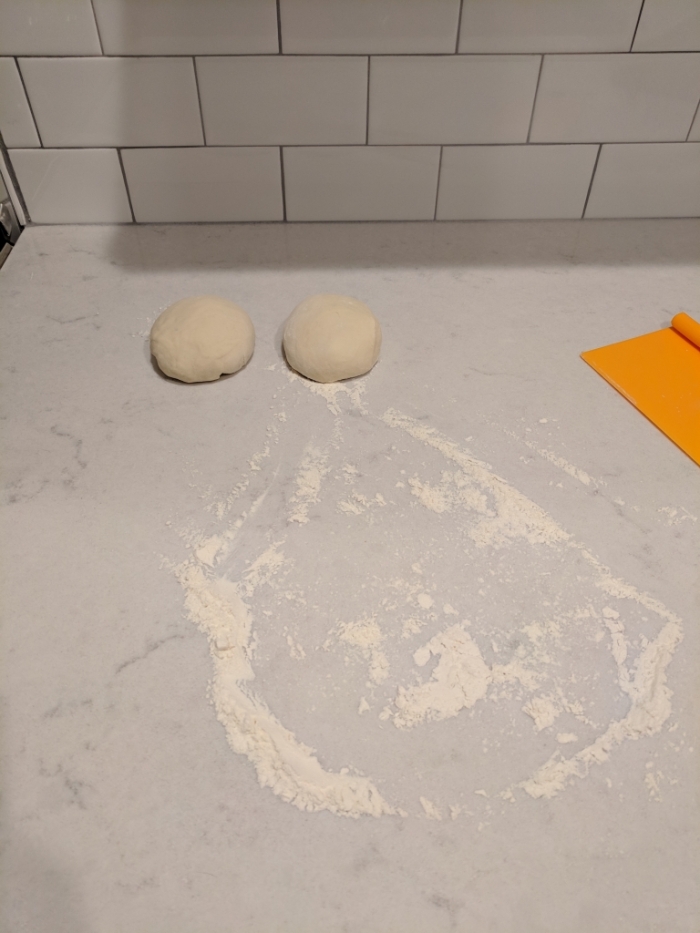 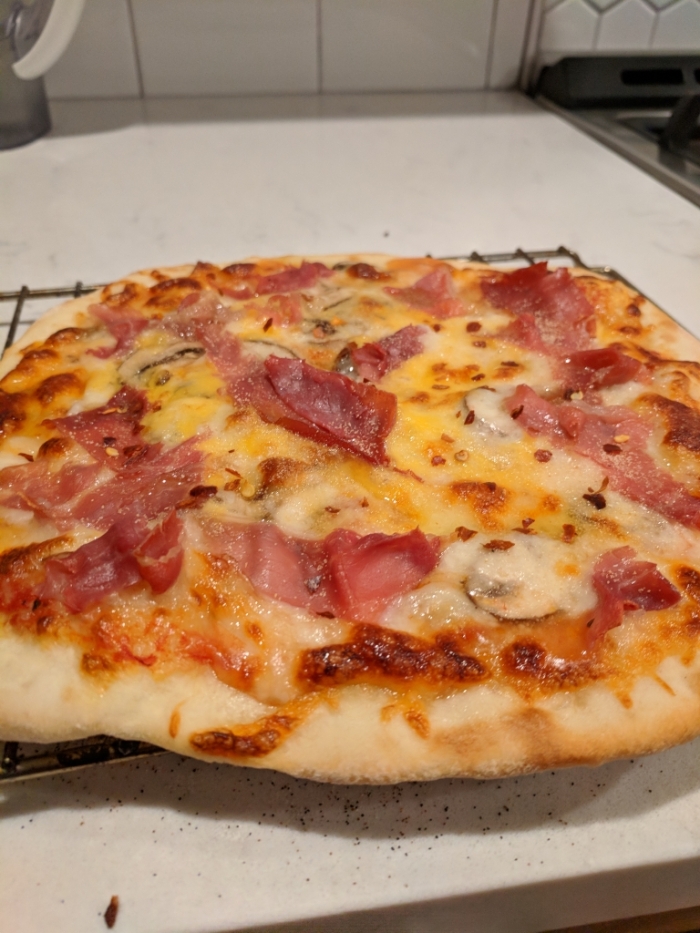 What I liked about this dough recipe is that the dough had developed a decent structure.  It was amenable to the stretching process and I felt like I could manipulate it without it easily tearing.  The downside is that there wasn’t a lot of gluten/gas development within the dough (due to the short time of sitting).  This resulted in a pizza dough that was relatively flat upon baking.  It created a thin crispy crust – kind of like a cracker instead of bread.

Taste-wise the dough was not bad.  It was a decent pizza but the dough didn’t really stand out much.  It was more about the sauce and toppings.

In contrast to the above, the following week I made my more usual recipe for pizza.  This dough involves sitting overnight (more like 18 hours) at room temperature to give the dough time to work on itself.  This is a “no-knead” recipe so there isn’t a ton of work on the dough itself. 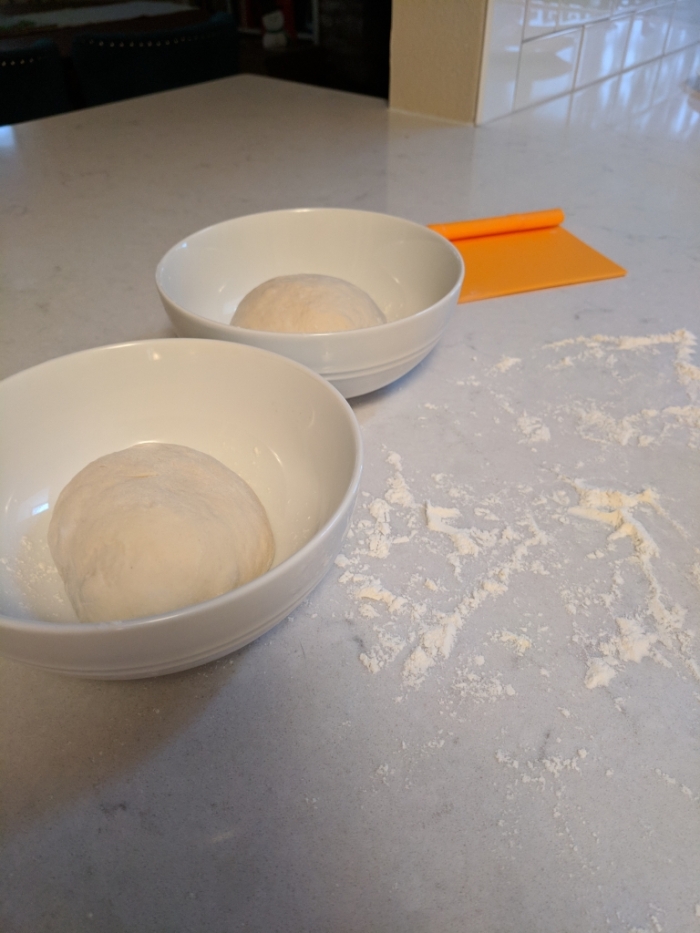 As you can see from the above pictures, this time the dough’s crust had a decent rise on the outer rim.  The dough also had a more chewy texture compared to the quicker dough.  The flavor profile of the overnight dough also developed more, almost like a sourdough.  You could eat just the dough (without the topping) and it has its own taste (vs the quicker dough).

For now I’ll continue with the no-knead dough.  I just need to remember to start it the day before I am going to make pizza.  I’m not always great at pre-planning but that is the goal.