It has been colder here in Sacramento as of late so we’ve been craving more hearty fare like soup.  We are also trying to be a little bit healthier and soup is a decent way to do that.  To go along  with soup, I thought I’d whip up some small wheat boules (in reality this was earlier this week that I did this).  I wasn’t sure exactly if I was going to do some rolls or what.   I compromised and did some boules.

As is typical, I weighed out and mixed all the ingredients above into a somewhat wet cohesive mess and then let it autolyse for about an hour.  After this, I dumped it onto the countertop and kneaded it (combination of slap and fold, regular kneading, etc) for 10-15 minutes.  Then I let it bulk ferment in a bowl for 1.5 hours. 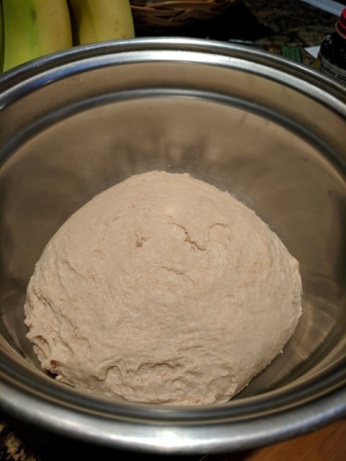 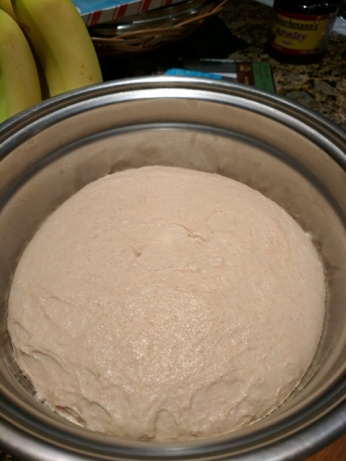 Because our house has been cooler, I started the oven at 350 F and let it start warming up for about 90 seconds, then shut it off and put the dough to ferment in the oven (just above room temp).  After the dough had doubled in size, I dumped it out and performed an envelope stretch and fold (repeated two times at 30 minute intervals).  Then I poured the dough on the counter, flattened it and separated it out into three (2 parts equal size and 3rd part slightly smaller).  So now I had enough for 2 boules and something else.  I ended up doing a longish roll type shape for the last one.  The two boules I shaped and put into bowls for final rising.  The roll-type thing I just let rise on the counter covered.

I pre-heated the loaf pan and my dutch oven in a 450 F oven.  Once the dough reached peak rise (press down on dough, it bounced back about halfway), I put the 2 boules into the dutch oven and cut the top of each.  I cooked the bread for 10 minutes in the covered dutch oven and then removed the cover from the oven and dropped the temperature to 390 F.

I cooked the bread for another 15 minutes (plus 3 more minutes) and it was a nice dark brown color. 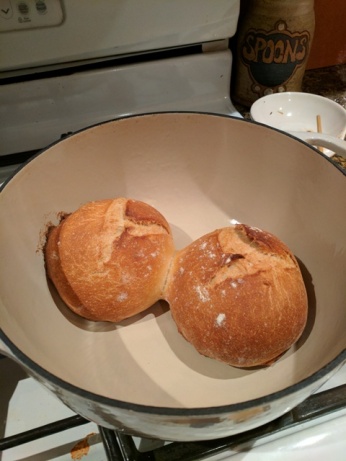 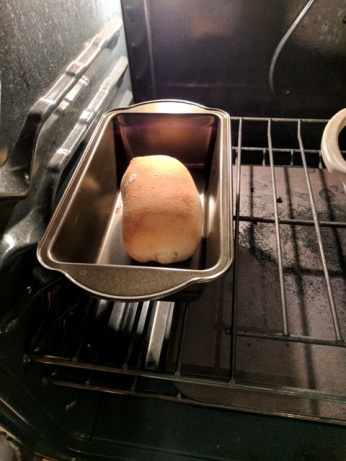 My scoring created some neat decorative marks on the top of the bread. 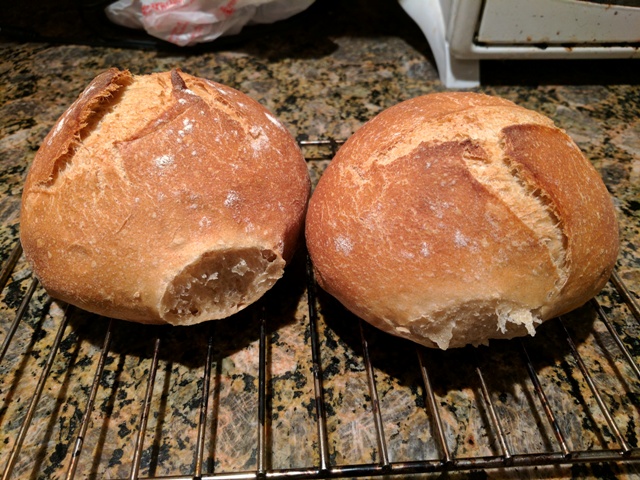 I used up the last of my yeast.  I purchased this jar of yeast awhile ago and have kept it in the fridge.  It definitely saw its way through a lot of loaves of bread and pizza.  Good stuff. 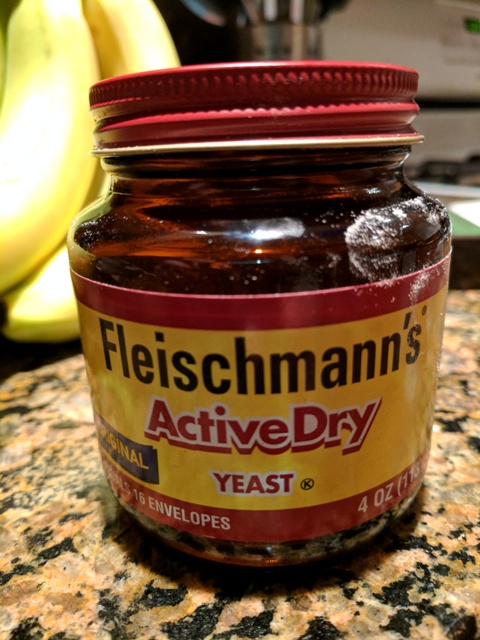