However, this year my family was celebrating my grandma’s “88-89″th birthday the day after Thanksgiving.  Most people are in the southern CA region so that was where her surprise birthday dinner was to be held.  We made the last-minute decision to drive down to socal on Thanksgiving morning.  We figured this gave us the best shot at avoiding most of the traffic.

The largest Thanksgiving 5K race called Run To Feed The Hungry is held every year and the starting line is just outside our neighborhood.  Luckily they open up an avenue of exit for us that live here because otherwise we’d be stuck in our neighborhood/house until well after 11 am.  Luckily the drive down was swift – virtually no traffic.

We stopped at Harris Ranch for lunch and both had the rib eye dip sandwich.  It was quite delicious.  They also had a bakery onsite and because we were attending Thanksgiving Dinner at my sister’s empty-handed, I elected to pick up some cookies (chocolate chip, snickerdoodles, and oatmeal raisin) to bring to dinner.

Thanksgiving dinner was delicious.  The food was a combination of traditional Thanksgiving fare as well as some Chinese food.  It was potluck style so the burden of cooking a ton of food was spread out.  I usually like to contribute and actually cook something but it was actually kinda nice this year not to have to worry about cooking/baking anything.

Someone had made Taiwanese Red-Braised Pork Belly.  This was one of my grandpa’s favorite dishes.  He loved eating the fat of the 3 layer pork.  When I was young I didn’t like eating the “fat” part of this dish but as I have grown up and learned that “fat = flavor,” I ate the fat along with the lean meat and it was yummy.

After dinner my nieces and nephews decided to have a dance party.  My sister had obtained this cool disco light at the store and turned their upstairs loft room into a dance place. Man kids have so much freaking energy.

On Friday before grandma’s dinner, our friends decided to have a Friendsgiving.  While we wouldn’t be able to hang out with them all night, they elected to start the get together a little earlier so that we could attend and see everyone.  It has been a few years since we all hung out.  These are high school friends of ours that I (we)’ve known for at least 20 years.  It was good to see them and their kiddos.

Grandma’s surprise birthday dinner went great.  Things are a lot different nowadays with all the little kids running around.  I still remember when I was the little kid at these huge family gatherings.

We drove back on Saturday morning, trying to avoid the crazy traffic that accompanies the Sunday after Thanksgiving.  The forecast also was for rain starting Saturday afternoon.  Before setting out on the open road, however, we stopped at my MIL’s new digs.  The new place was nice and it was good to see them.  On the way back north we took the 99 instead of the 5.  We stopped at a place called Moo Creamery in Bakersfield.  It was pretty good stuff and tucked away in an industrial area of the city.  Unfortunately we ran into both traffic and weather on the drive up.  There were a few times where we ended up in stop and go traffic for 30-45 minutes.  Then the rain started and was intermittent but heavy during the last hour of the drive.  Fortunately it went smoothly.

I’m loving the new car and the gas mileage it obtains on the highways.  I averaged 39 MPG on the drive down and 41 MPG on the drive back up north.  Not too shabby especially since I wasn’t being light on the gas pedal either. 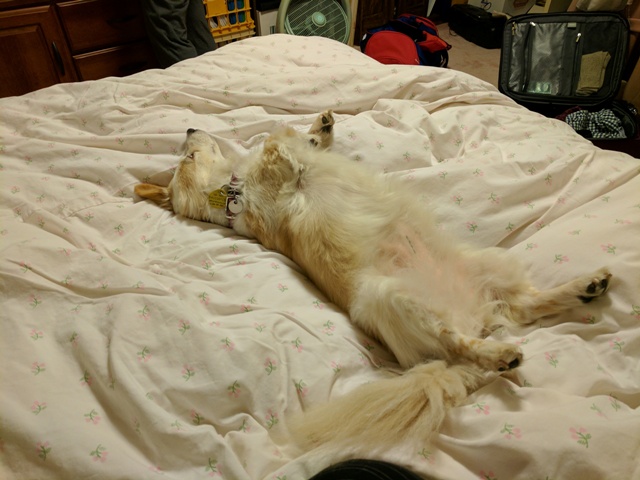