Thist post got put on the backburner as we went on our trip and then I kind of forgot about it.  However I wanted to make sure I documented it.

Prior to April, I hadn’t done a race in over a year.  So this year I decided to try again at the Buzz Oates RunSac Race Series.  I had signed up for it last year (the mileage program) but never got past the one race.  It’s been a few years since I did shorter races (5K) and so I decided to do a 5K and then my coworker wanted to do a 10K so I signed up for one as well.  They all happened to be within a few weeks of each other so I decided to lump them all into one post.

First up was the Credit Union SacTown Run on April 7.  They have both a 10 mile and 5K option.  I had not been doing much distance work and wasn’t feeling up for the 10 miler so I did the 5K.  Starting at the beginning of the year my running has been more consistent.  I’ve been doing more treadmill running but this does allow me to do incline and speed work.  I wanted to see how my speed was given that I’m getting older.  My last 5K was in 2017 where I ran ~8.5 min/mi pace.  The race started just west of the Capitol and there was plenty of street parking within a few short blocks of the start/finish area.  They had plenty of portapotties and also various tents with vendors (other regional races, local businesses).  My one gripe was that the people who had set the portapotties put them against the curb and there was quite a bit of road camber (the curve on each side of the street to allow for water to run away from the street) and so the portapotties weren’t level and would rock when you got in and tried to sit down.  I knew it wasn’t me because every single person who went in or out of them commented about it and would tell the next person: “good luck” and then laugh.  lol.  Small gripe I know.

Otherwise the rest of the race was straight forward.  The course consisted of running through the streets near the Capitol and then crossing the famous Tower Bridge into West Sacramento by Raley Field (home of the minor league baseball team Sacramento River Cats) and then back across to the finish.

I went out comfortably hard for the first 2 miles and then still feeling pretty good I pushed myself hard the last mile to see if I still had some speed.  I crossed the finish line in 26:18.  This was actually 34 seconds faster than my last 5K in 2017 – not bad!  The other great thing about 5Ks is that the recovery period is minimal. 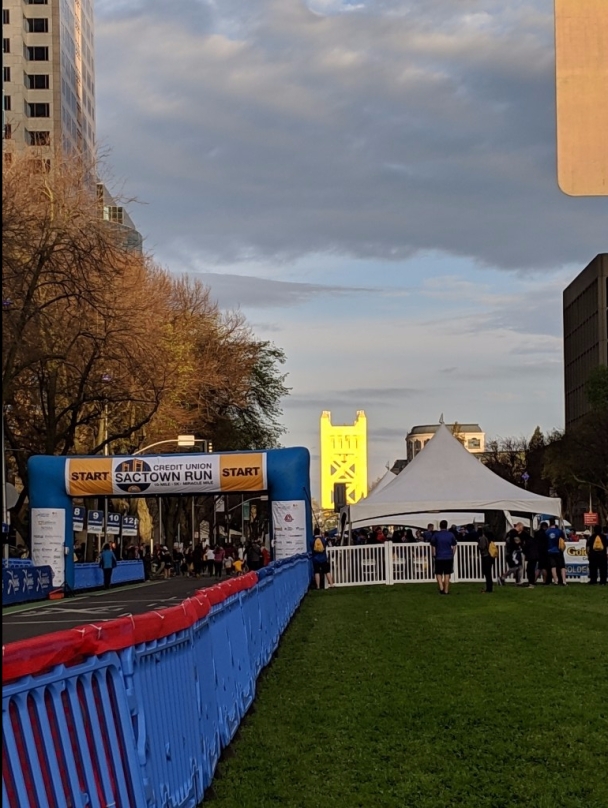 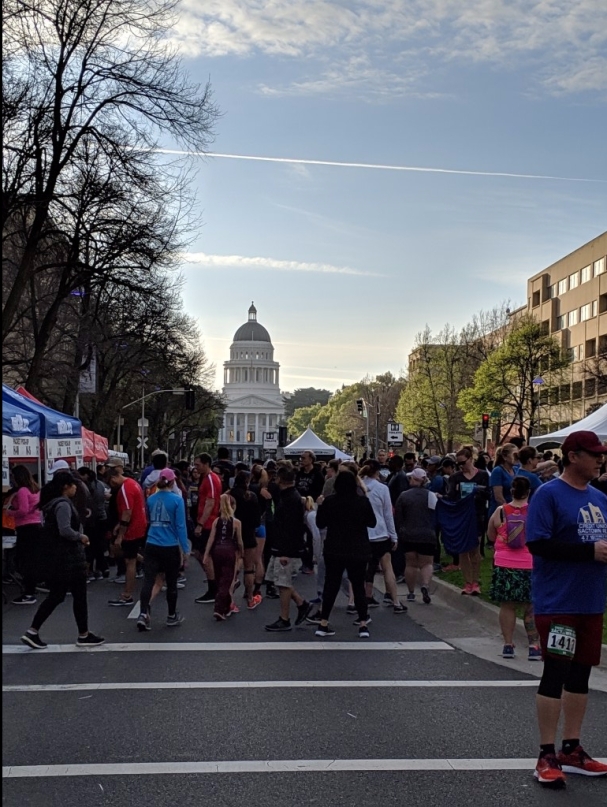 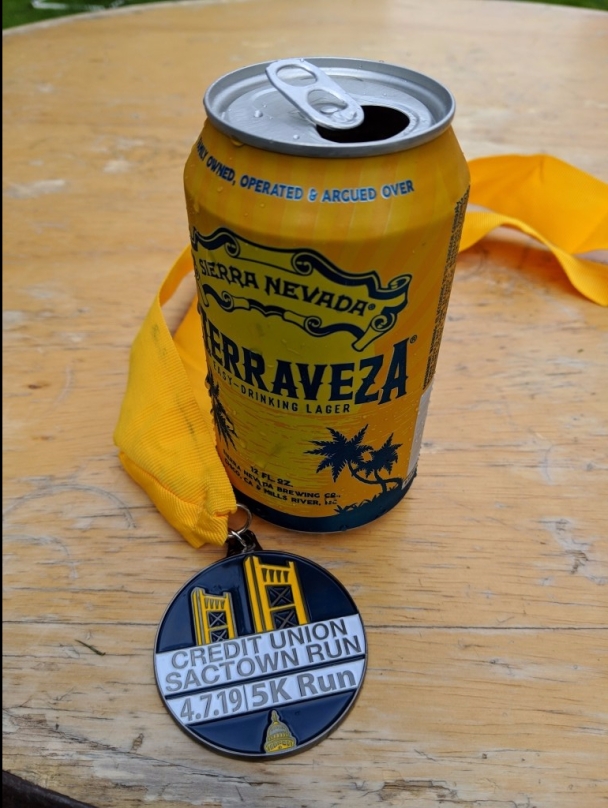 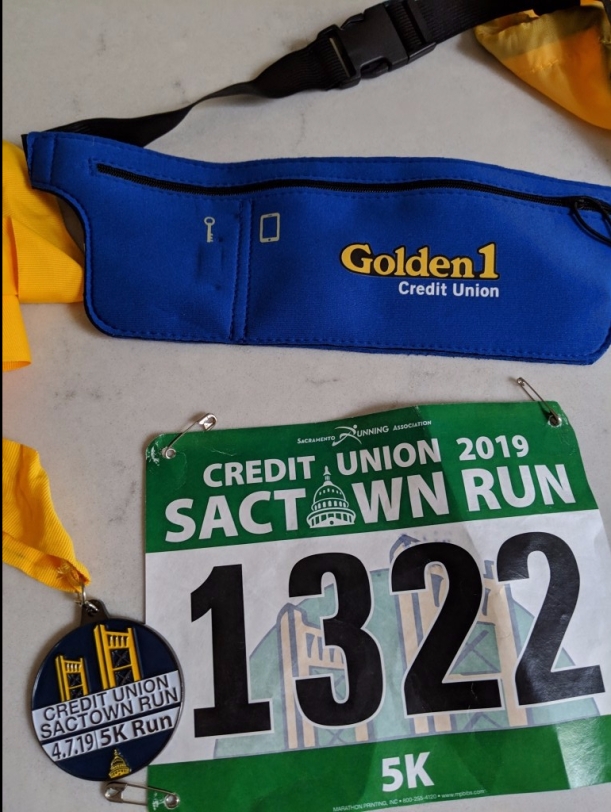 Next up was the Sacramento Zoo Zoom on April 14.   This race also had two options: 10K and 5K.  This is the race that my work colleague also was doing.  She had not done a 10K in many years and hadn’t been running that much so wasn’t sure how she’d fair.  I decided that I’d stick with her for the race to give support (even though she said I could go faster if I wanted).  This race is set in Land Park, which is a ginormous park south of downtown.  The Sacramento Zoo is located in this park, hence the name for the race.  The start was just outside the zoo entrance and we finished at a side entrance (allowing us free access to the zoo post-race).  The 5K and 10K course are the same with the 10K doing a double loop instead of just one.  The course stayed within the confines of the large park.  I’ve done multiple races that either were within the park or started/ended in the park so was very familiar with the area.  It is nice that you’re within a park setting (minimal cars) and you still are running on asphalt so it is smooth and flat.  There was the normal water stations present.  I hadn’t done a 10K race since 2010 so was interested how it’d feel.

My colleague and I started the race at a comfortable pace (~9:30 min/mi)  I was for some reason very low energy and struggling the first 2 miles.  I gritted my teeth and kept up with her but really wanted to take a walk break.  Once I was between 2 and 3 miles, I started to get into the groove and felt better.  I could tell that my friend was pushing to stay with me.  I probably could have sped up but decided to just hang back with her.  As we came up to the last 0.3 mile, she said that I could go ahead if I felt good and so I sprinted it out to finish.  I ended up with a time of 56:46 (a little over 9 min/mi).  I was impressed with this time.  We didn’t stay to enjoy the park but got some water and snacks (the post-race refreshments were within the zoo confines but we had to walk about 10 minutes to get there…I guess that is a good cool down). 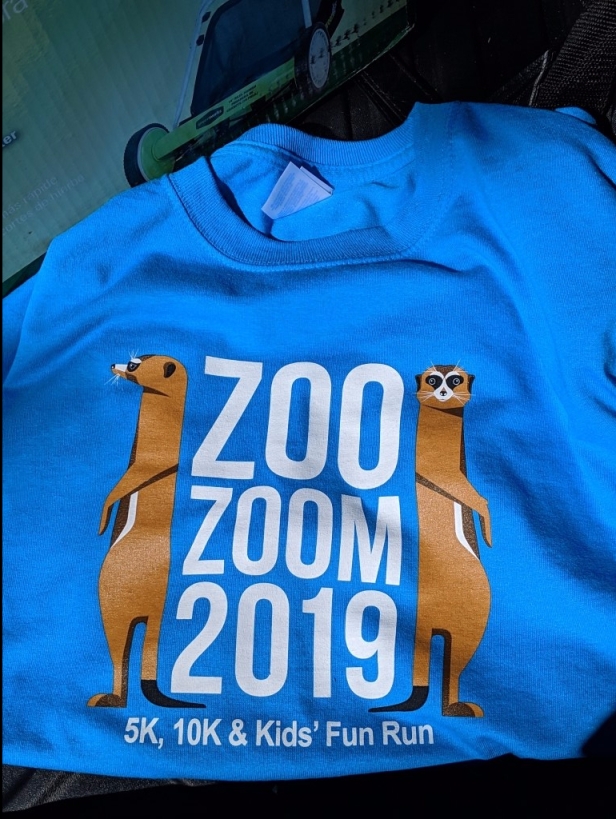 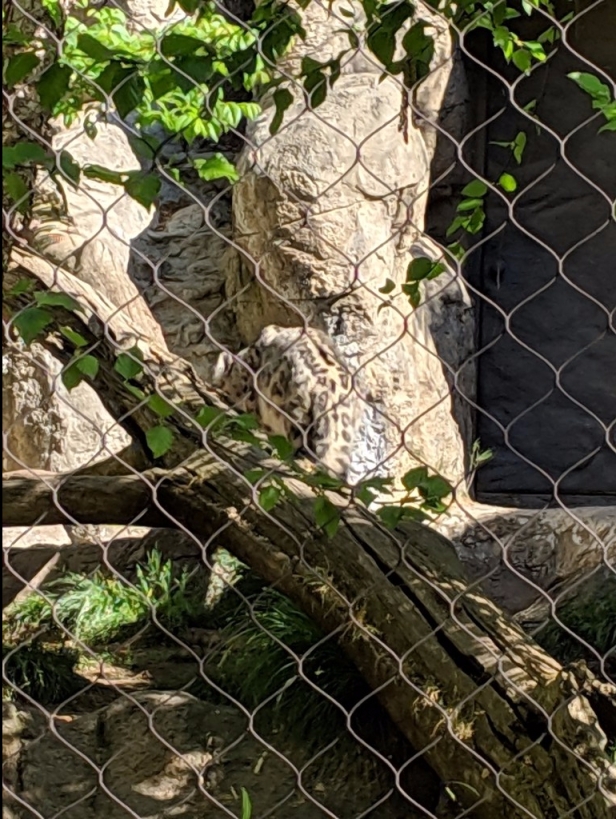 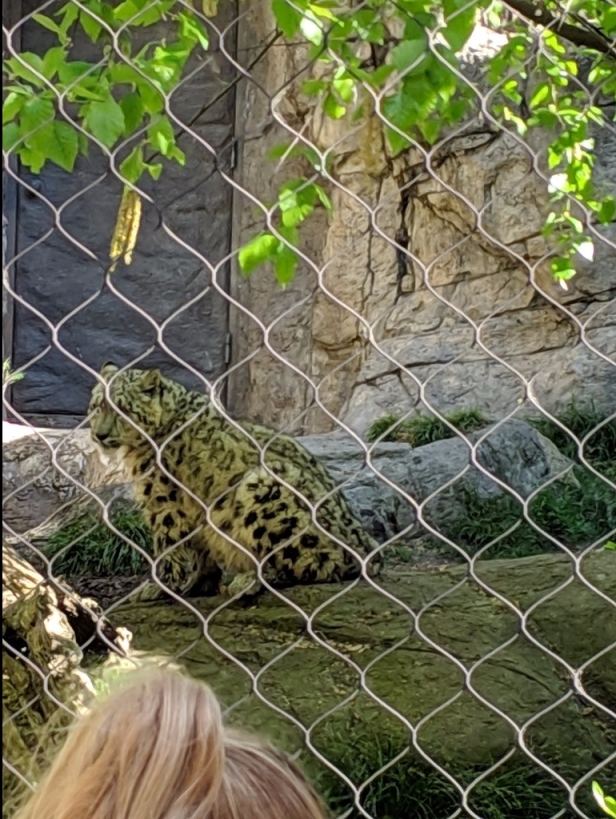 My last race of April was the American River Parkway Half Marathon on April 27.  I have previously participated in this race back in 2012 and 2013.  The race is touted as the only half marathon with a separate course for runners and walkers.  The courses run along the American River in Sacramento.  One race heads upstream from the start and the other heads downstream.  With my past races, we runners would head downstream.  This year’s race headed upstream from William B. Pond Park.  I had previously run this same course for another race (Run the American Parkway Half) so was familiar with it.  I give credit to the organizers (SacFit) for having a well planned out race.   They had plenty of portapotties and multiple tents of various running groups, vendors, and races.

One of the cool things about this race is they have bagpipes playing before the start of each race.  The walkers headed out first and then shortly afterwards the runners were off as well.  The morning turned out to be a decent temperature (low 50s) and stayed relatively good throughout.  Along the way there were a few areas of entertainment (country band, boombox, etc).  Also the standard aid stations with water/gatorade.  They did not have any nutrition support on the race course but I had brought along 2 GUs with me.  They were a little expired but still all right. I do like the upstream course because it has some hills to break up the monotony of 13.1 miles.

My longest run prior to this race was only 8.2 miles so I really did not train up for this race.  Typically I try to get in at least a 9-10 mile run leading up to a half but just did not have the motivation.  I took the race as just a fun long run.  In the last mile there was a young lady who vocally was cheering me on.  I ended up passing her and she caught up to me with less than 1/2 mile saying I had given her motivation to catch up to me.  I was glad that I could provide some support for another runner (even unknowingly) and she said itw as her 3rd half.  The other cool thing about the race is that you get a personalized medal when you cross the line.  It was also cool that the medal was a “spinner” medal.  Made me think of car wheel spinners.  My final time was 2:14:21 (~10:16 min/mi pace) and this was my 21st half marathon. 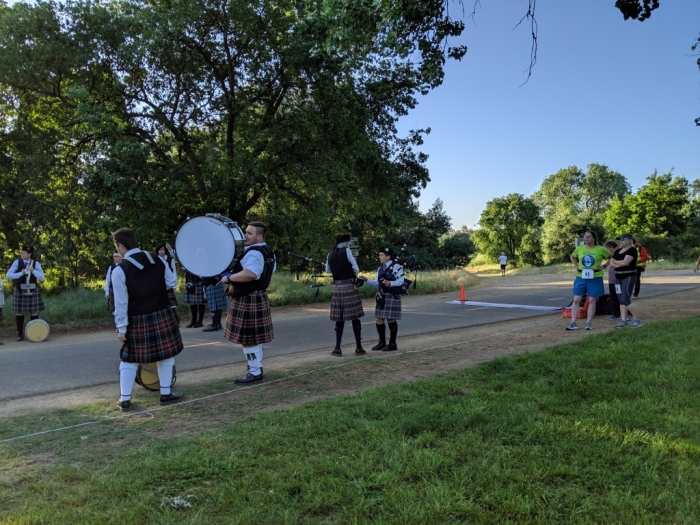 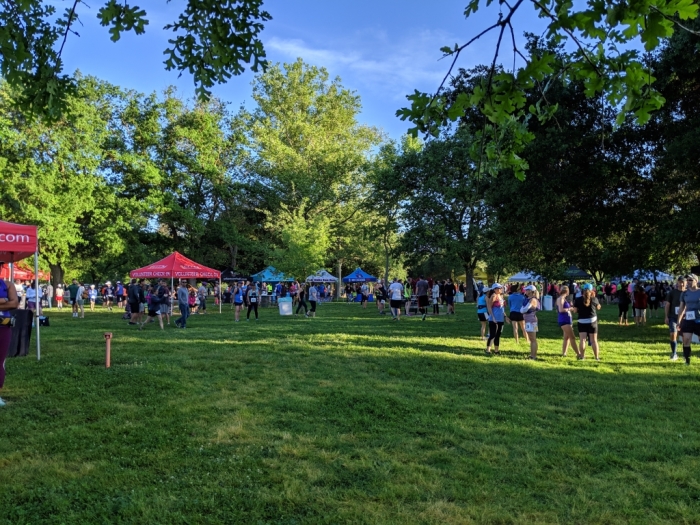 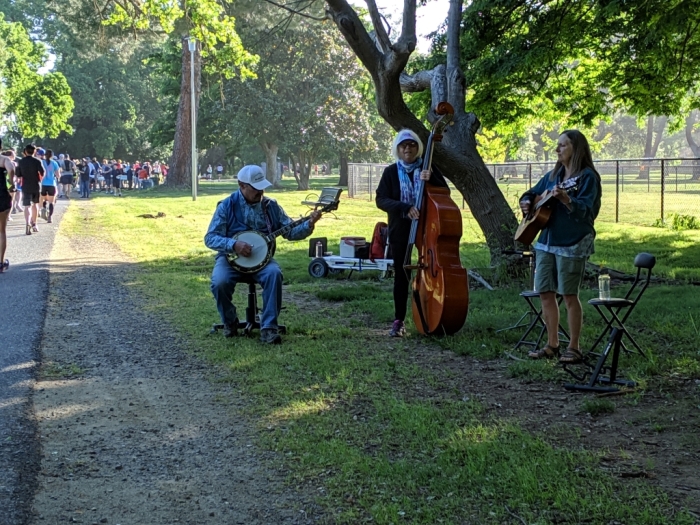 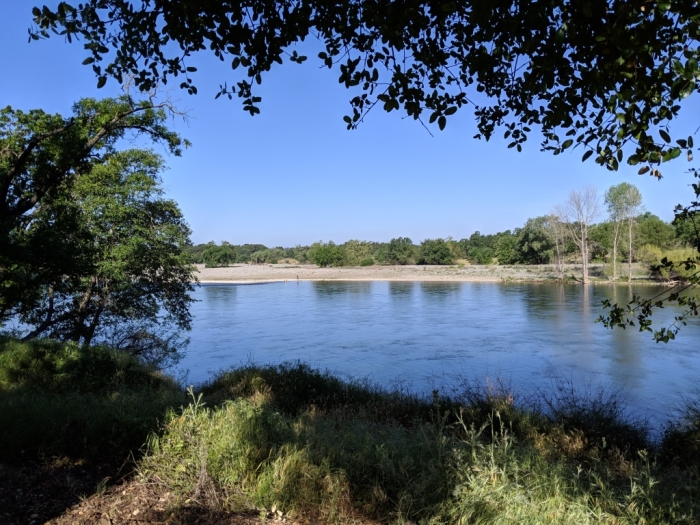 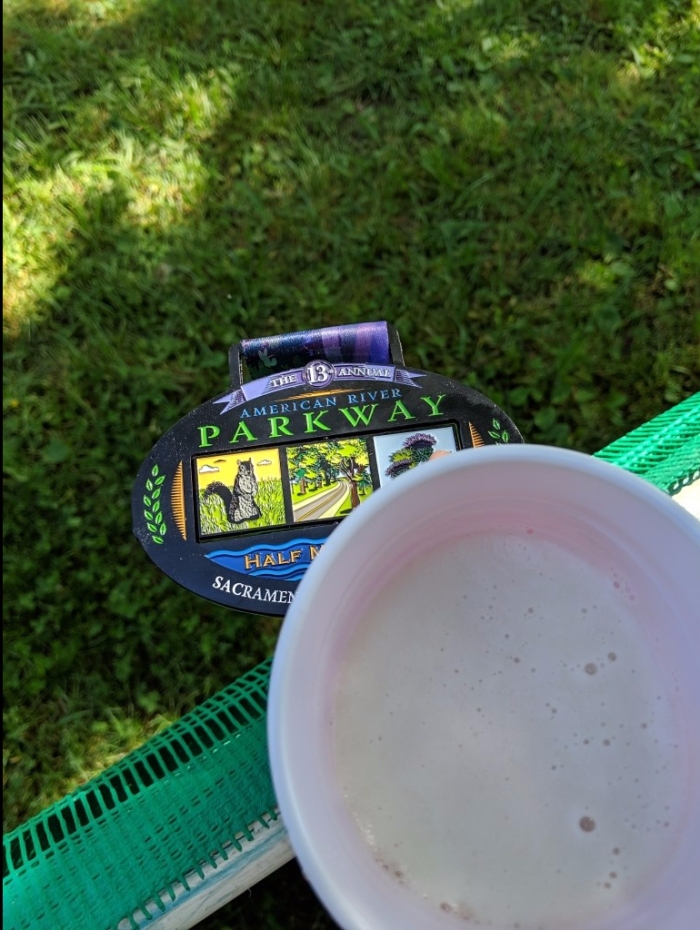 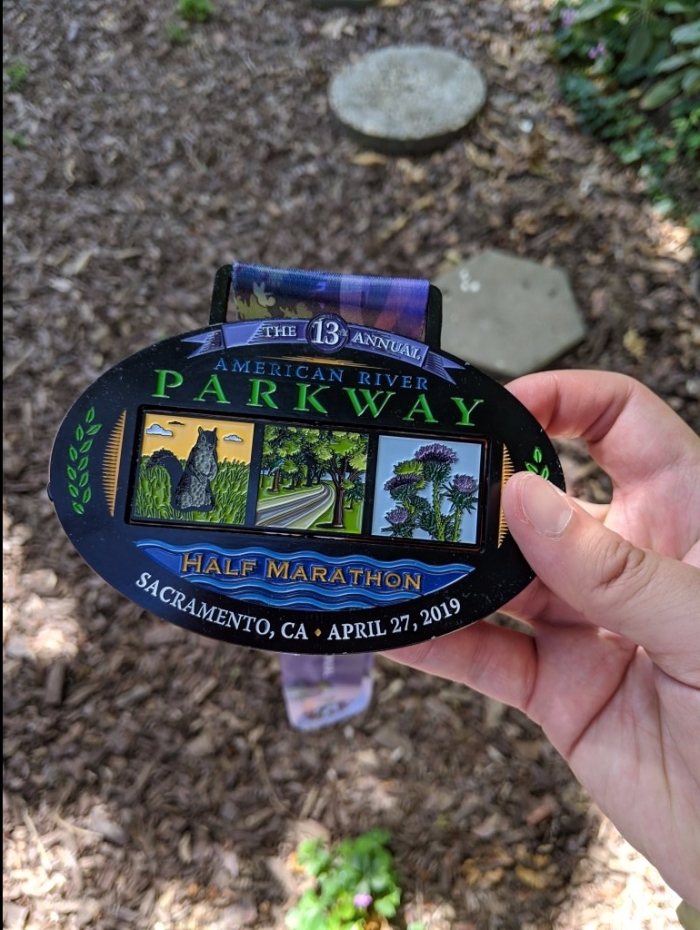 I gotta say I love a race that gives you a free beer at the end.  I didn’t expect it for the first 5K race and it was like 8:30 am but I still enjoyed it.