This race holds some sentimentality for me.  I ran my first full distance marathon in 2011 at this race.  After moving away from the San Diego region in 2011, I try to get back to the city regularly as it is one of my favorite places.  Originally my good friend convinced me to sign up and then he ended up not traveling to or running the race.  I wasn’t too upset because, as I just said, it is one of my favorite cities to visit. 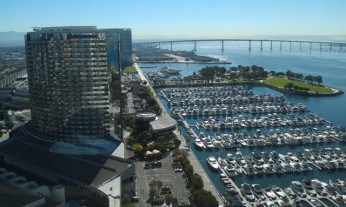 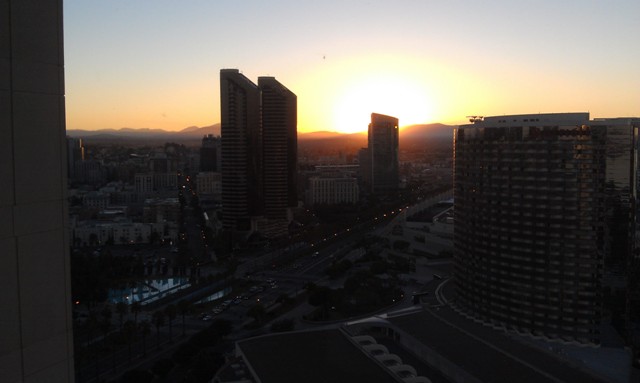 As this was my first race since the NVM 2015 disaster and injury, I was definitely not going for a time goal.  I really just wanted to run the entire race without having to walk.  The Expo was unchanged from when I attended 5 years prior.  The SD convention center has been the host of the expo, which is nice because it provides a large open room to hold the many many vendors.  As a Rock’n’Roll race, it is very organized and packet/bib pickup went very smoothly with only a short wait.

For my pre-race dinner, we headed to Buona Forchetta in the South Park neighborhood.  Pretty much every pre-race meal has consisted of a combination of pizza and beer.  For my half marathons, this has resulted in good results overall.  I don’t know how I feel about that combination as a pre-full-marathon race.

Compared to the first time I ran this race and lived in the area, we stayed at a downtown hotel this time.  This allowed me to walk to the starting line on the northwest side of Balboa Park (this is the same starting line as 5 years before).  My major gripe with this race was the lack of enough porta potties.  I arrived well before the half marathon race start so I could use the facilities and be ready.  The porta potties were spread throughout the park in groups of 5-15 in a line.  Since I wasn’t in a terribly huge rush, I jumped in a line that had maybe 20-30 people in front of me.  As I stood there waiting and waiting, I could hear people around me talking about how long they’d been waiting.  A lady came up behind me and asked if she could go in front of me because she was running the full marathon (that started 30 minutes before the half).  I let her go ahead of me and watched her make her way up towards the front.  By the time I was just 5 back the full race had started and I saw many people (in my line and other lines) forgo the porta potty as they needed to get to the starting line.

Rock’n’Roll race starts are all well-organized with lots of corrals.  I found my corral, squeezed in like a sardine and waited for our start.  The half this year runs through various neighborhoods east/northeast of downtown.  I used to hang out in this area with friends and enjoyed running through it to give me a different perspective.  There are tons of good restaurants and bars in this area.  While running through the residential parts, I actually ran directly in front of my friends’s house.   Since I hadn’t been training as well as I should have since the 2015 NVM, I felt very sluggish the first 3-6 miles.  I actually felt nauseous and almost started walking within the first 3 miles.  This is not something I’ve experienced with any other race.  I told myself it was way too early in the race to start walking so I just kept pushing on slowly.

The course has long areas of flatness with a few areas of both decent inclines and declines. The air felt muggy and while I know San Diego isn’t the most humid place, it definitely is a lot more than where I lie and train.  I settled into a routine after about 5 miles and trudged along fairly well.  Around the 9 mile mark when we started back into Balboa Park, I could feel myself slowing down some.   I’ve always prided myself on not walking during (most) races, but I ended up doing some run-walking.  I’ve always liked Rock’n’Roll races because of their regular entertainment throughout the course.  There was a DJ in the last 2 miles of the race that helped push me to finish.

I skipped the post-race celebration (Petco Park) and walked a few miles back to the hotel so we could grab some brunch.  Later that day we met up with a local friend at Bali Hai.  Bali Hai is a San Diego institution and famed tiki bar/Polynesian restaurant.  We enjoyed some tasty cocktails and food there.  It’s a bit out-of-the-way so you really need to know about it to actually visit/find it.  I’m glad that we were able to check it out and the cocktails were tasty.  There’s also a great view from the restaurant.

The next day before driving back up to OC, we checked out the San Diego Zoo.  Prior to this, we figured since it was a Monday morning that maybe we’d get a seat at Hash House.  I’ve been trying to take the wife there for 2 years and we were seated right away.  The food is definitely yummy!  After Hash House, we went to the SD zoo.  This was our 2nd time going and as always it is a wonderful visit.  To round out the SD adventure, on the way back up north, we stopped at the Stone Brewing World Bistro & Gardens for some lunch and brews.  If you haven’t heard of it, Stone built this large compound that has the brewery, a restaurant, and a garden area that you can walk with your beers.  It’s truly a lovely place.  The food was also tasty as well. 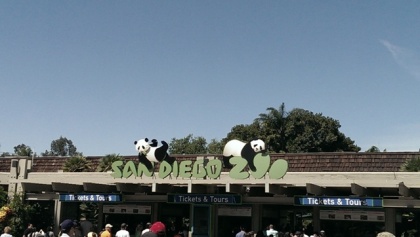 Overall a great trip to one of my favorite cities!