We arrived in Ísafjörður (I just loved saying it “issa-fyord-or”) in the morning.  Initially we didn’t have any specific plans – no excursion, no independent tour.  Since it had been easy to drive around Reykjavik, I thought maybe we’d be able to rent a car and tour the area (the actual town is very small and most of the cruise excursions involved traveling to other parts of the northwest fjords of Iceland).  We first stopped at the visitor center to see if we could maybe book a last-minute tour (bus) but they were all full.  The person at the counter suggested trying the nearby hotel as they sometimes have car rentals.  I had never really heard of this but thought it couldn’t hurt. 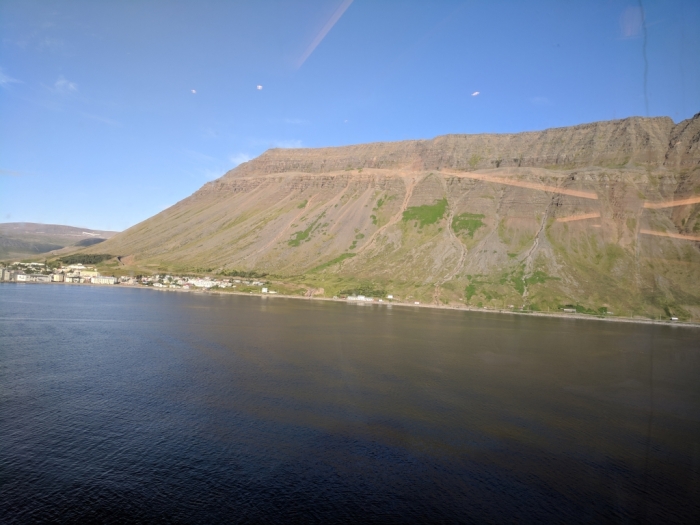 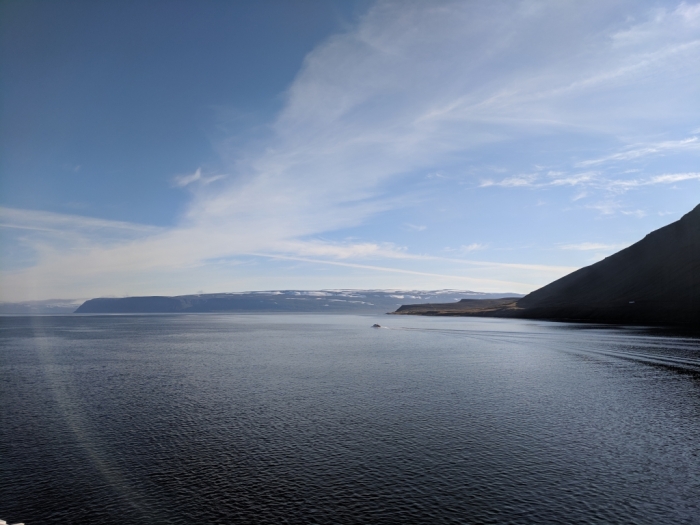 Luckily they had 1 car to rent from the hotel (through the same company we used in Reykjavik – Europcar).

To get to the fishing villages, we had to drive right through the mountain/fjord.  The drive through the tunnel was interesting as most of it was only one car width wide.  They had cutouts and only one direction was required to pull into the cut off if they saw an on-coming car.  This part of Iceland is very sparsely populated so it makes sense not having to create a full 2 lane tunnel through a long stretch of hard mountain rock.  After making out way through the tunnel that was around 4-5 miles long, we first set off to the small fishing village of Flateyri. 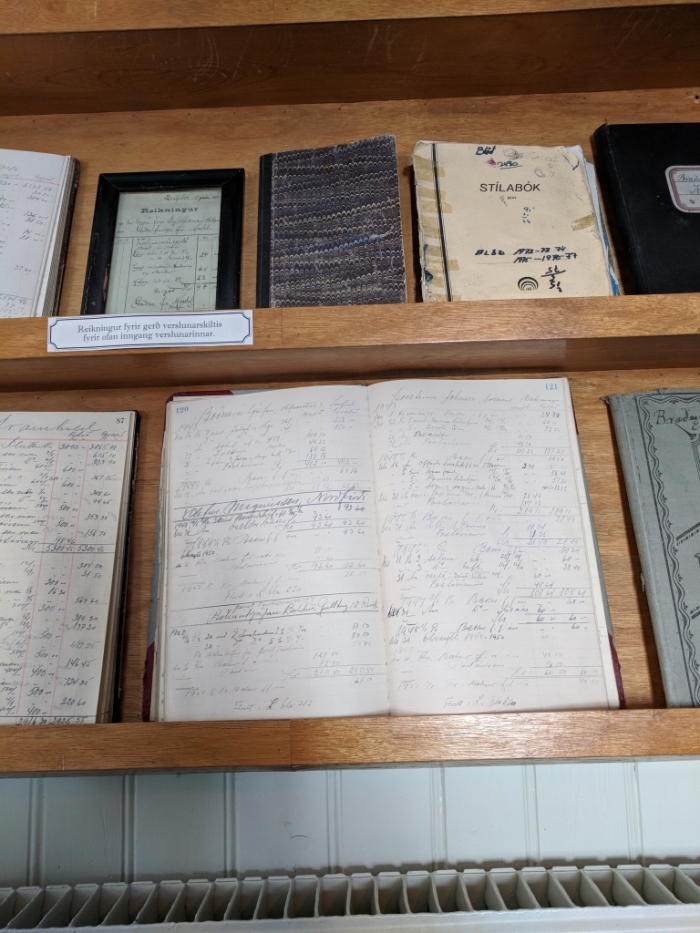 From this village we then drove to Þingeyri, which is one of the oldest settlements in the Westfjords.

It was approaching lunchtime so we drove back to Ísafjörður.  Below are pictures of the Westfjord History Museum, which we kind of just looked around from the outside.

D had looked up one of the better recommended seafood restaurants and so we decided to go there (it was actually fair close to the docks that our ship was).  When we arrived at Tjöruhúsið, they said there weren’t any open seats but it’d only be about 20 minutes.  I took that as a good sign that everyone seemed to enjoy it.  Turns out it was a tiny old wooden structure and the meal was a small buffet style lunch  They had 2 large platters of fish (along with some sides like potatoes, rice, salad) and would keep bringing out new platters of fish as they were getting eaten.  The types of fish were constantly changing to and it was my understanding that all fish were just caught that morning.  You could also have unlimited fish soup with the buffet if you chose to.  I was the only one out of the 4 of us to do so and the soup was good (along with the crusty bread and icelandic butter). 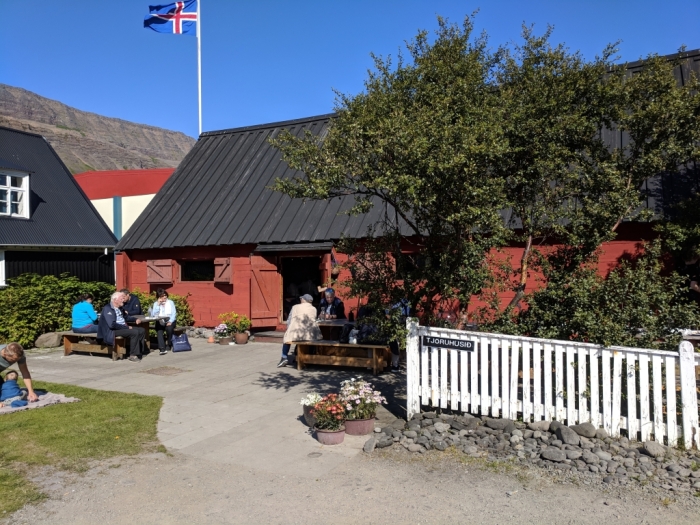 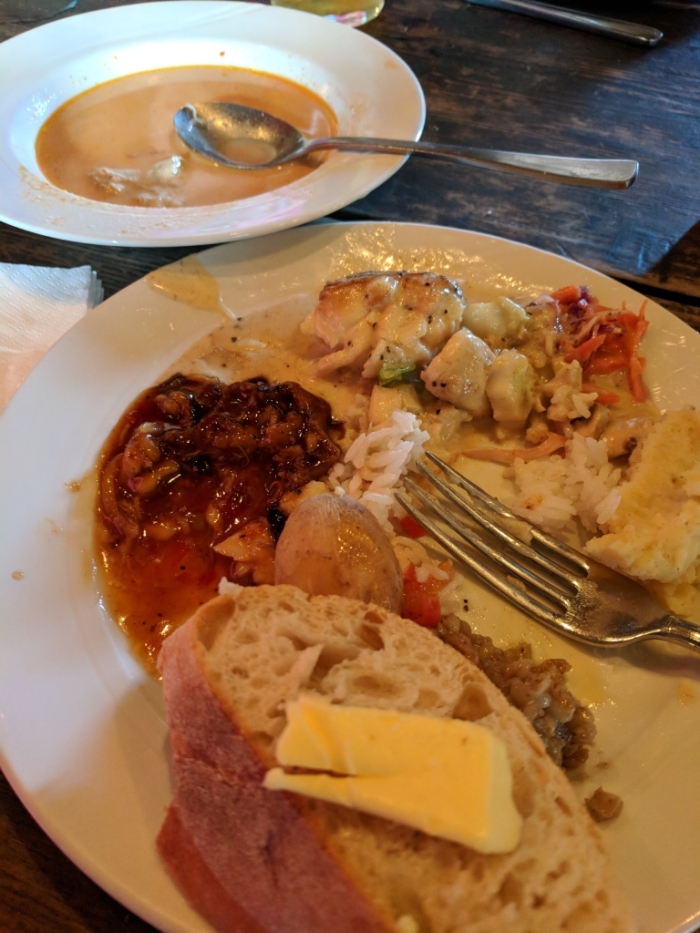 At the end of the meal, I saw that they were having a special on Brennivin (“Black death”), which is a clear, unsweetened Schnapps liquor.  Traditionally you eat this with Hákarl, or fermented shark and they brought out a piece for me.  The smell of the shark was that of pure ammonia.  In actuality, the taste wasn’t that bad, kind of chewy.  The Brennivin had a bit of a licorice taste. 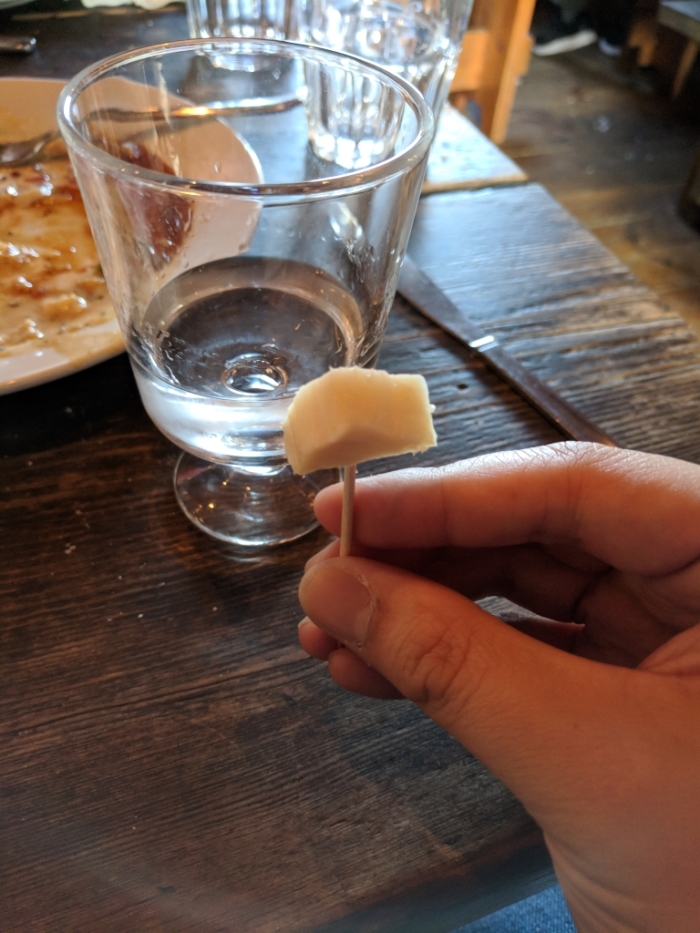 After lunch we decided to visit the Arctic Fox Centre in Súðavík.  The drive around the fjord to the foxes was quite scenic.  Most everything in Iceland was scenic.  Pretty amazing. 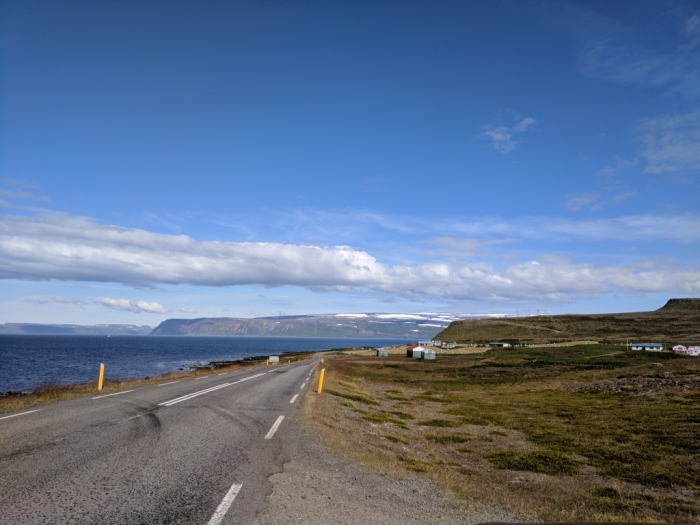 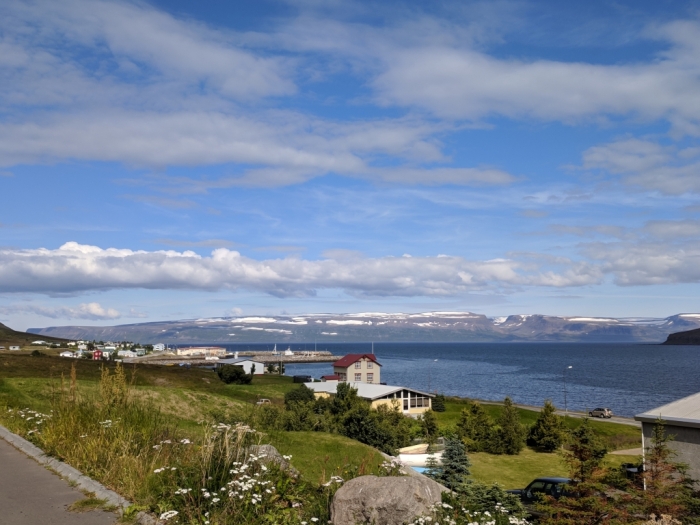 They have 2 resident arctic foxes that were found as pups and never learned to live in the wild so they just hang out at the center.  They’re so much smaller than I pictured.  I also had thought they were all white (or white and changed color in the summer). Turns out there are other color variants – the ones near the ocean in Iceland are actually brown and black to blend in better with the rocks by the beaches. 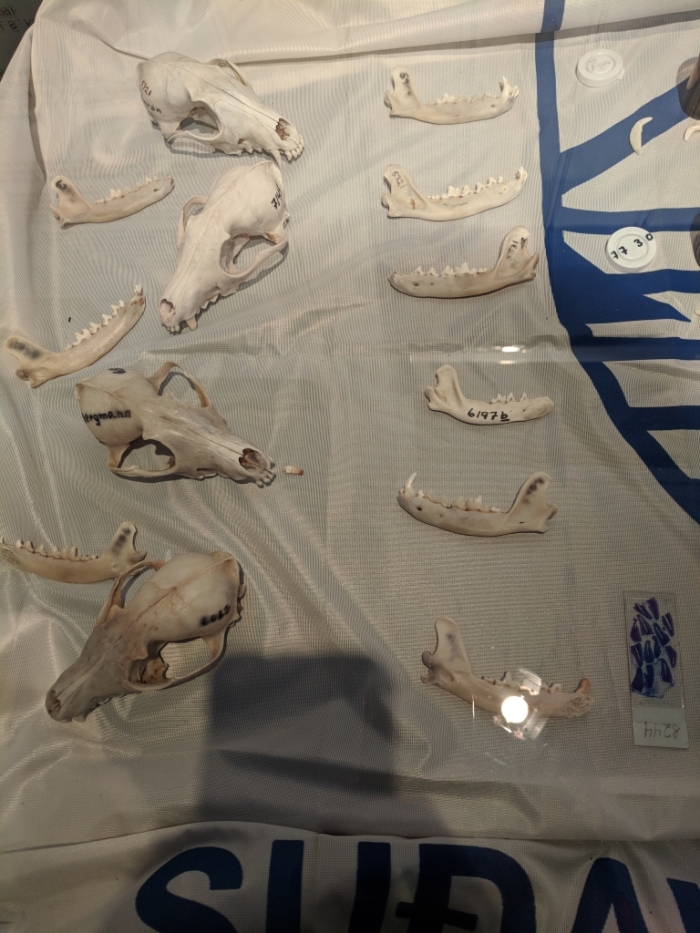 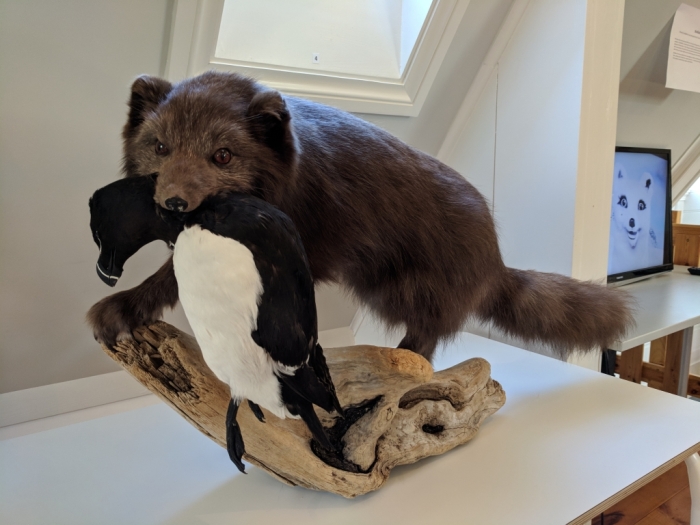 We made our way back to Ísafjörður and still had some time to walk around the town (since we had spent the morning and early afternoon driving around the Westfjords).  We did stop on the way back to do some more photo taking.

I picked up some Haribo gummies at the local supermarket and they were quite tasty (didn’t eat them until we returned back to the States).

While it was a quick trip in the Westfjords, I feel like we were able to feel the essence of the area.  Very peaceful and remote.