I woke up early on a Sunday morning to get a run in before it became too warm.  Somewhere along the way I went from sleeping in really late (especially in college) to waking up early without any alarm.  Nowadays I wake up automatically around 5:30 am on workdays and between 6 and 7 am on weekends.  For my birthday I knew that I wanted to get an outside run and for that I had to get up early.  I have been mostly logging treadmill miles because of the heat wave that has been plaguing Sacramento.

Once outside I came across a momma turkey and two poults (young baby turkeys). 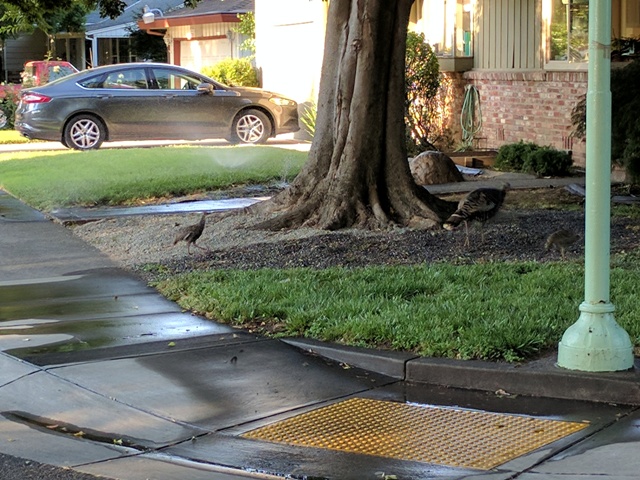 I thought that was a good sign of my first outdoor run in awhile.  I decided to head on down to the river and see what was up.  It is so peaceful when you get out there on a weekend early morning.  I imagine most/many people were still in bed or getting ready for church.

The river was flowing fairly high compared to previous years.  The day was turning out to be a beautiful one (albeit still warm by mid day).

I ran across the Guy West Bridge, the mini-replica of the Golden Gate Bridge.  I don’t know that I’ve ever seen it so empty and managed to snap this pic with no one else on it. 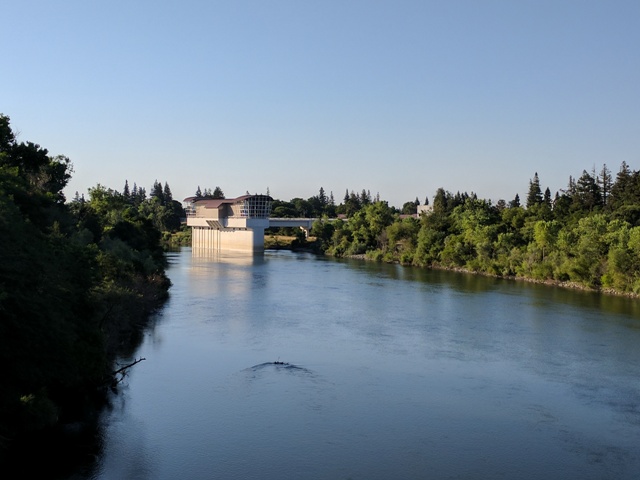 I made my way back and finished off with 4 miles.  It was good to get out and my foot felt okay after my run.  It was also my 3rd straight day of running and this morning my foot felt just fine.  So hopefully I’m on my way to recovery for my left foot.  Below is me and my old mug.  I have moved up to another age group for most races though it doesn’t make too much of a difference because I don’t think I’d ever be competing for an age group award since I’m not a speed demon.